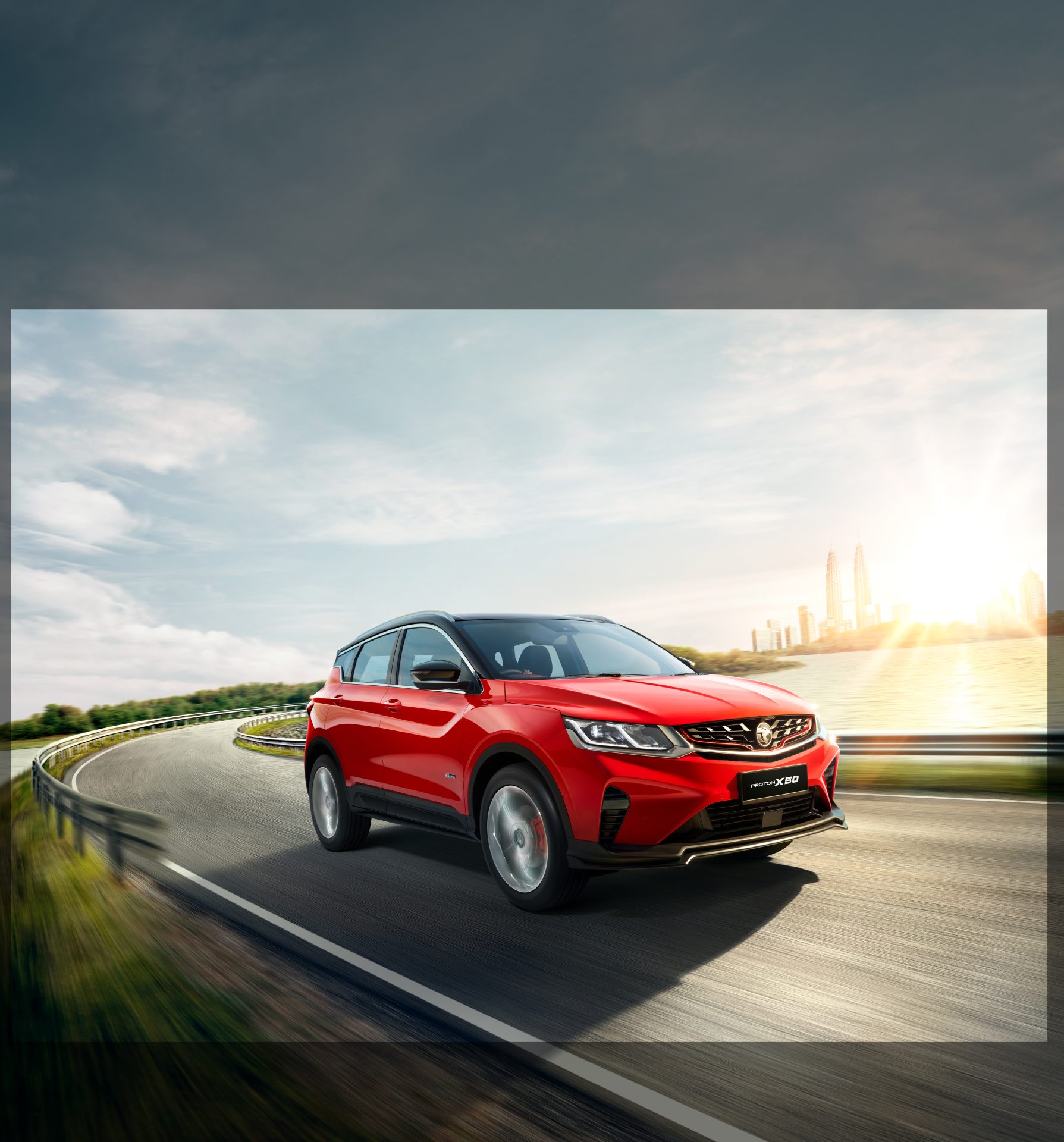 This is the second model that resulted from the joint development of Proton and its partner Geely.

Just like Proton’s previous SUV, developing the Proton X50 required both Proton and Geely to collaborate on multiple level, working in cross functional teams and also encompassed 1.9 million km of testing on Malaysian roads to adapt to the hot and humid climate, as wella s the unique road conditions here.

Four variants had been introduced, which are the Standard, Executive, Premium and Flagship. All the Proton X50 are produced at the RM 1.2 billion new production line in Tanjung Malim.

Order books for the X50 have started since September 16, 2020, and to date, more than 20,000 bookings have been placed by customers nationwide.

“The amount of public interest for the Proton X50 has been unprecedented, especially during a year that has been affected by external factors. We received inquiries from as far as a year ago and thanks to frequent updates in the media, the level of expectation amongst Malaysian car buyers is high. The onus is therefore on Proton to keep waiting times manageable and to deliver a product that meets the technology, performance and quality expectations of our customers,” said Proton Edar Sdn Bhd chief executive officer Roslan Abdullah in a statement.

The Proton X50 comes with a 5-year unlimited mileage warranty and a 5-year data package providing 1GB of free data each month. The first 30,000 customers who make a booking before December 31, 2020, will also receive free labour charges for five service appointments, while all customers are offered a range of benefits if they insure their Proton X50 via the Proton premium insurance coverage package.

Proton Commerce Sdn Bhd, the in-house financing company of Proton, offers a low financing interest rate that starts from 2.22 percent to all buyers.

“We are confident customers will be pleased by the specification, price and benefits package offered with the Proton X50. There is a variant to suit every need and budget and we hope that just like the Proton X70, our new SUV will bring new customers to our showrooms,” Roslan said.

There are a total of six colours to choose from for most variants, except for the Standard variant, which only has three choices. The three choices are the Snow White, Amour Silver and Ocean Grey. For the rest of the variants, they have three more colour choices – Jet Grey, Citric Orange and the Passion Red (except for Executive).

The on-the-road prices for the Proton X50, inclusive of the PENJANA sales tax subsidy and only for Peninsular Malaysia are RM 79,200 for the Standard variant, 84,800 for the Executive variant, RM 93,200 for the Premium variant and RM 103,300 for the Flagship variant.