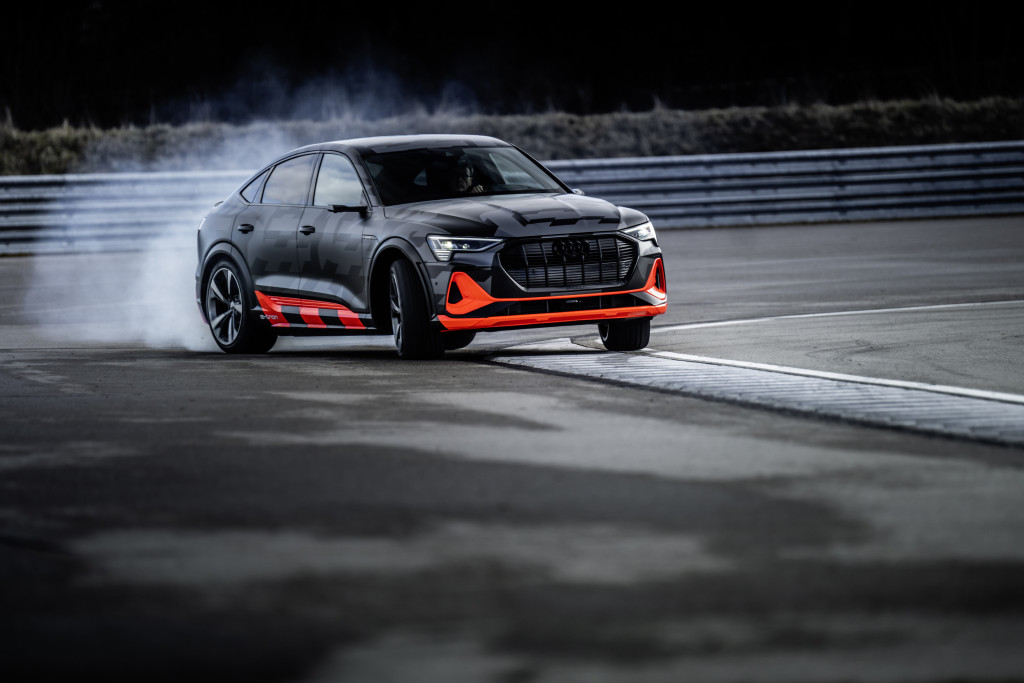 August 13, 2020, Singapore – Audi has been setting the pace with permanent quattro all-wheel drive for four decades. It has initiated a paradigm shift in powertrain technology in the automotive world and in motorsport.

The brand is now using the knowledge it has accumulated in this area since 1980 for the next step – the electric quattro in the models of the e-tron range. It is Audi’s next milestone achievement in the age of electric mobility, to offer enjoyable driving and efficiency in one package.

“For us, the electric quattro is the perfect combination of powerful performance and high efficiency. We combine the efficiency advantages of a driven axle with the traction and dynamic performance of an all-wheel drive system,” said its all-wheel drive control systems project leader Michael Wein in a statement.

Audi combines quattro and e-tron into a powerful combination of high performance and notable economy. The company mass-produces an all-wheel drive system that is highly variable, dynamic and precise while making efficient use of the available energy.

In the current e-tron model range, only the rear wheel propel the car in good traction conditions, while the motor for the front-wheel drive concurrently runs without being energised.

Since the motor is an asynchronous type, there are no inherent electrical drag losses, so that this drive layout consumes a correspondingly low amount of energy. The front axle – within milliseconds and unnoticeably for the driver – is additionally activated only as needed. For instance, when there is a demand for high driving dynamics, high torque transfer or in the case of a low coefficient of friction due to wetness, mud or snow.

Audi integrates functions such as electric torque vectoring on the rear axle, wheel-selective torque control due to a braking intervention with the mechanical differential, and high recuperation performance in an electric powertrain. Additionally, drivers can adjust the high variability of the system to their personal preferences by individual programme selections.

The electric all-wheel drive is active in situations of degrading grip on road surfaces with low coefficients of friction, in particularly dynamic driving conditions, when the driver demands high traction power, or when maximum recuperation is desired. In other words, the recovery of energy during braking and deceleration.

If the driver decelerates the car to a level of 0.3g, the electric motors act as generators, using the car’s kinetic energy and converting it into electrical energy which, inturn, charges the battery.

This applies to more than 90 percent of all braking maneuvers in everyday driving situations. Only when stronger pedal pressure is applied, the system additionally and seamlessly activates the hydraulic wheel brakes.

For instance, in a braking event at 100 kph, the e-tron S can recover kinetic energy with output of up to 270 kW, compared to 250 kW in the Formula E electric racing series. If the driver demands full power while accelerating, the e-tron S models provide a total boost of 370 kW and torque of 973 Nm.

Because there are no mechanical connections between the two electric motors on the rear axle, the functions of a controlled transverse differential lock and thus the functions of a sport differential have been achieved within a single system purely by means of software-based activation, which resulted in its key advantage of the system. Thanks to the intelligent drive control, Audi has implemented active and fully variable torque distribution in transverse direction on the rear axle.

To achieve this high variability in the electric drive system, Audi combined an electric powertrain architecture with sophisticated control units in which all the key software components and their network integration have been developed in-house. Compared to a mechanical all-wheel drive, this resulted in a fast-response drive system.

For example, latency in the case of electric torque vectoring or the time gap between sensor measurement and active torque distribution, amounts to just 30 milliseconds. This is merely around a fourth of the response time of a mechanical system.

In addition, electric drives provide clearly higher torque levels. Up to 220 Nm more torque can be allocated to the outside wheel in a cornering situation which, due to the transfer ratio, equates to as much as 2,100 Nm per wheel. This translates to the car correspondingly rotates around the vertical axis in the cornering direction and thus feels particularly agile.

When the surfaces’ friction is low, like on snow or ice, the system helps to optimise the traction by measuring the coefficient of the driven wheels and allocate more torque to the wheel, this will enhance the overall traction.

The precision control achieved by the intelligent interlinking of a software function. The drive control unit (DCU) distributes torque between the electric motors. The integrating control unit of the electronic chassis platform (ECP) uses sensor signals to monitor the car’s driving condition and calculates the ideal distribution of longitudinal and lateral torque. It integrates the vehicle dynamic control of the quattro, or in other words, the electric torque vectoring as well as wheel-selective torque control via the braking intervention on the front axle.

On the e-tron S, the wheel brake slightly decelerates the inside front wheel in cornering, while it decelerates the front and rear wheels on the e-tron. Thus, via the effect of the mechanical axle differential, more torque is distributed to the outside and the car follows the steering command in the cornering direction with particular agility. The traction control system then acts at one-millisecond intervals.This is possible thanks to the individual functional components of the electronic stability control (ESC) that have been shifted into power electronics directly on the electric motors.

The DCU coordinates the traction control system and the all-wheel controller, whereby the engineers gave priority to agile handling with a sporty basic layout.

Drivers can choose the profiles of the electric quattro through the Audi drive select system, which is standard for the e-tron models. It offers seven profiles – comfort, auto, dynamic, efficiency, individual, allroad and offroad. The electric all-wheel drive as well as the suspension and other systems can be adapted to the road conditions and personal preferences.

As for the ESC system, it contains four programmes – Normal, Sport, Offroad and Off. In offroad conditions, it optimises stability, traction and brake control, and activates the hill descent control system. In addition, drivers can select three levels of deceleration recuperation such as level 0, the car coasts, in level 1, the car slightly decelerates. In level 2, it has a deceleration range of up to 0.13 g and recuperates the largest amount of energy, drivers will experience a strong one-pedal feel.

The quattro has proven to be one of the most fascinating technologies and with the electric quattro in Audi’s e-tron range, the benchmark for all-wheel drive systems has been raised.