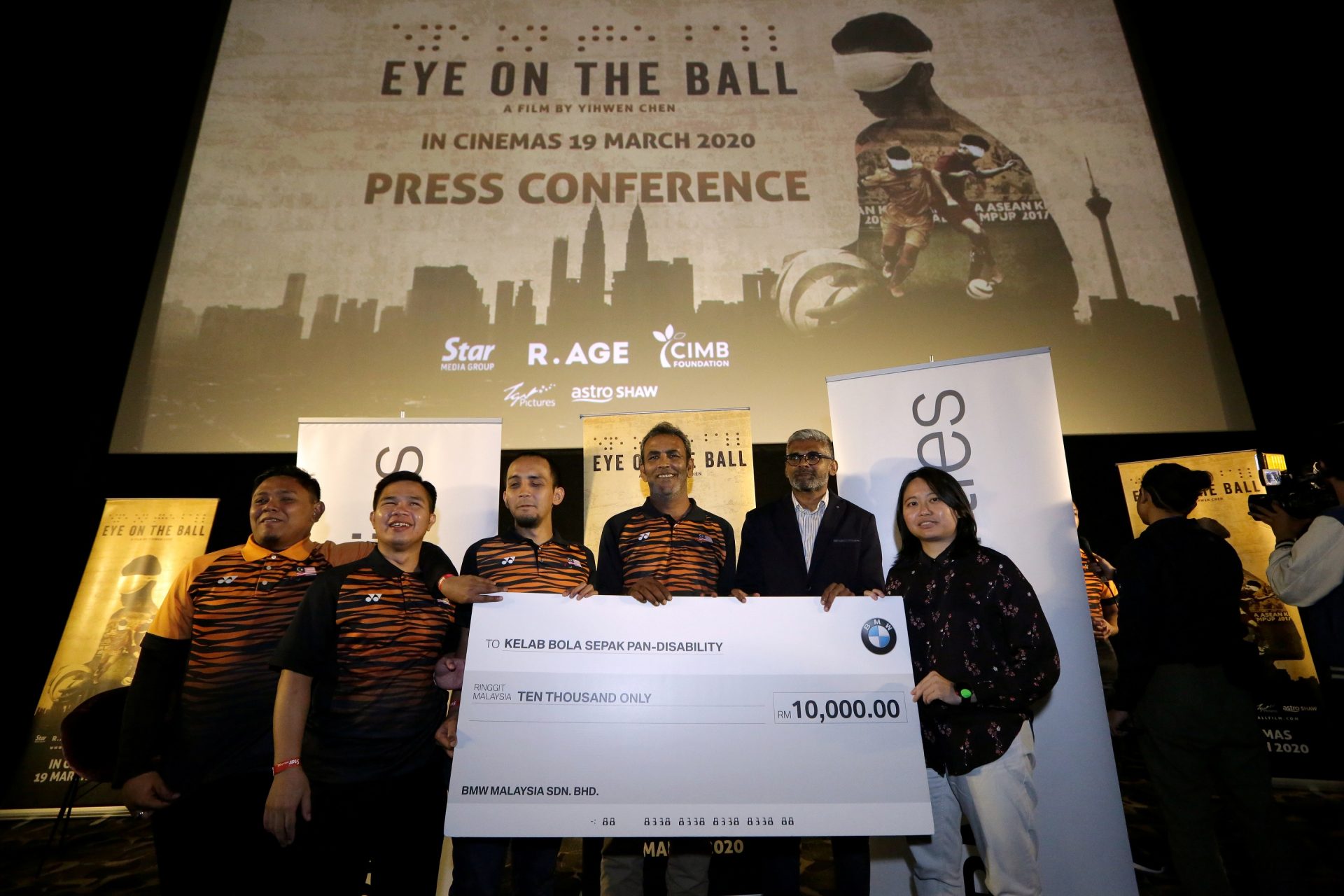 The documentary is on the Malaysian national blind football team and will be in cinemas nationwide from Thursday, March 19, 2020.

BMW Shorties was initiated 14 years ago as a prestigious short film competition to provide aspiring filmmakers and creatives of Malaysia a platform to champion their passion and stories as well as the stories of Malaysian.

Today, the prestigious short film competition continues to do so and is a platform for the Malaysian local film and content creator community.
In 2010, Cheh took home the BMW Shorties grand prize with her winning short film, Like Toy Dolls, a haunting story on abandoned infants and the act of baby dumping.

This time around, Cheh is championing the story of the visually-impaired. Her riveting documentary Eye on the Ball, follows the remarkable journey of the Malaysian national blind football team who began in 2009 as a group of part-time footballers, only to become gold medalists at the 8th ASEAN Para Games in 2015 in Singapore.

BMW Group Malaysia and the BMW shorties are proud to support Eye on the Ball, as well as the Pan-Disability Football Club – home of the football team her film is based on.

A contribution of RM 10,000 was presented to Sunny Shalesh, the football coach and founder of the Pan-Disability Football Club to further support and kickstart the club’s goal of establishing their own permanent training centre.

“Cheh has outdone herself once again with Eye on the Ball, a film that will definitely capture the hearts of the Malaysians. her story and the Malaysian national blind football team is truly inspiring and we at BMW Group Malaysia are so proud of her career, achievements and to be supporting her film.

“Her success story, amongst the many other film makers and digital content creators discovered through the BMW Shorties programme, is the very reason the programme exists – discovering and supporting Malaysian talent,” said BMW Group Malaysia head of corporate communications Sashi Ambi in a statement.

Eye on the Ball had its international premiere at the Aperture: Asia & Pacific Film Festival in London, Manchester and Newcastle in September last year. The documentary also garnered international recognition, having been nominated for the Best Foreign Documentary at the Oslo Film Festival, amongst others.

“It is truly humbling to tell the story of how our national blind football team overcame the many challenges to get to where they are today. It was also so important for me to show the audience the positivity they radiate as individuals and as a team, especially when they are out on the field.
I am very grateful to have the BMW Shorties’ support for Eye on the Ball and the Pan-Disability Football Club. To have them standing by my side again, ten years on, means a lot to me,” Cheh said.